Poshmark Bots: What You Need to Know About Using Bots

If you are trying to grow your Poshmark business, you have likely heard about Poshmark Bots and Poshmark Sharing Services. Poshmark Bots are automated softwares that you can program to perform tasks that generate revenue and sales.

If you are thinking about using a Poshmark bot, here is everything you need to know before you get started.

What is a Poshmark Bot?

A Poshmark bot can be programmed to perform favorable tasks that stimulate the Poshmark algorithm, increase exposure, and promote sales. Generally, Poshmark sellers use bots to share their listings and make automatic offers to likers, but they might also do other activities such as:

These activities are recommended to promote engagement and sales on the Poshmark. They can be done manually, but they are tedious and time consuming. Poshmark Bots are designed to save you time and make you money.

In fact, Self-Sharing is required to make a high volume of shares. Each time you share a listing, it advances in the news feeds of your followers, in the search results, and it may affect off-site ranking on major search engines such as Google. It is recommended that you share your listings at least once daily, but the more you share, the more exposure you will receive. On Poshmark, the more sharing- the better (within reason, as you do not want to exceed 10k shares daily).

The Automatic Offers to Likers (OTL) is another amazing feature of most Poshmark Bots. This feature allows you to program the bot to automatically send an offer to a user who likes your item (the better bots allow you to set how soon after a like, a minimum price, and other specific controls). Most sales on Poshmark happen via OTL, and this feature will allow you to make constant offers, catching the attention of users while they are still on their phone, without having to be glued to your device 24/7.

To learn more about the activity required to maintain your Poshmark closet, read The Poshmark Bible.

How Does a Poshmark Bot Work?

Poshmark bots are chrome extensions that you install in your browser. You can program a bot to interact with your Poshmark and perform scheduled or instant commands. When you establish settings in the “bot”, it uses a series of code to command the ordered tasks. For example, button clicks are programmed in a way the marketplace website thinks you did it, but in reality, the bot was the one that “clicked” the buttons.

Do You Need a Poshmark Bot?

You don’t need a Poshmark Bot, you could share your listings manually. You also don’t need a car to get to the store 20 miles away, you could walk… but it would take you a lot longer, be far less efficient, and you are far less likely to do it regularly. 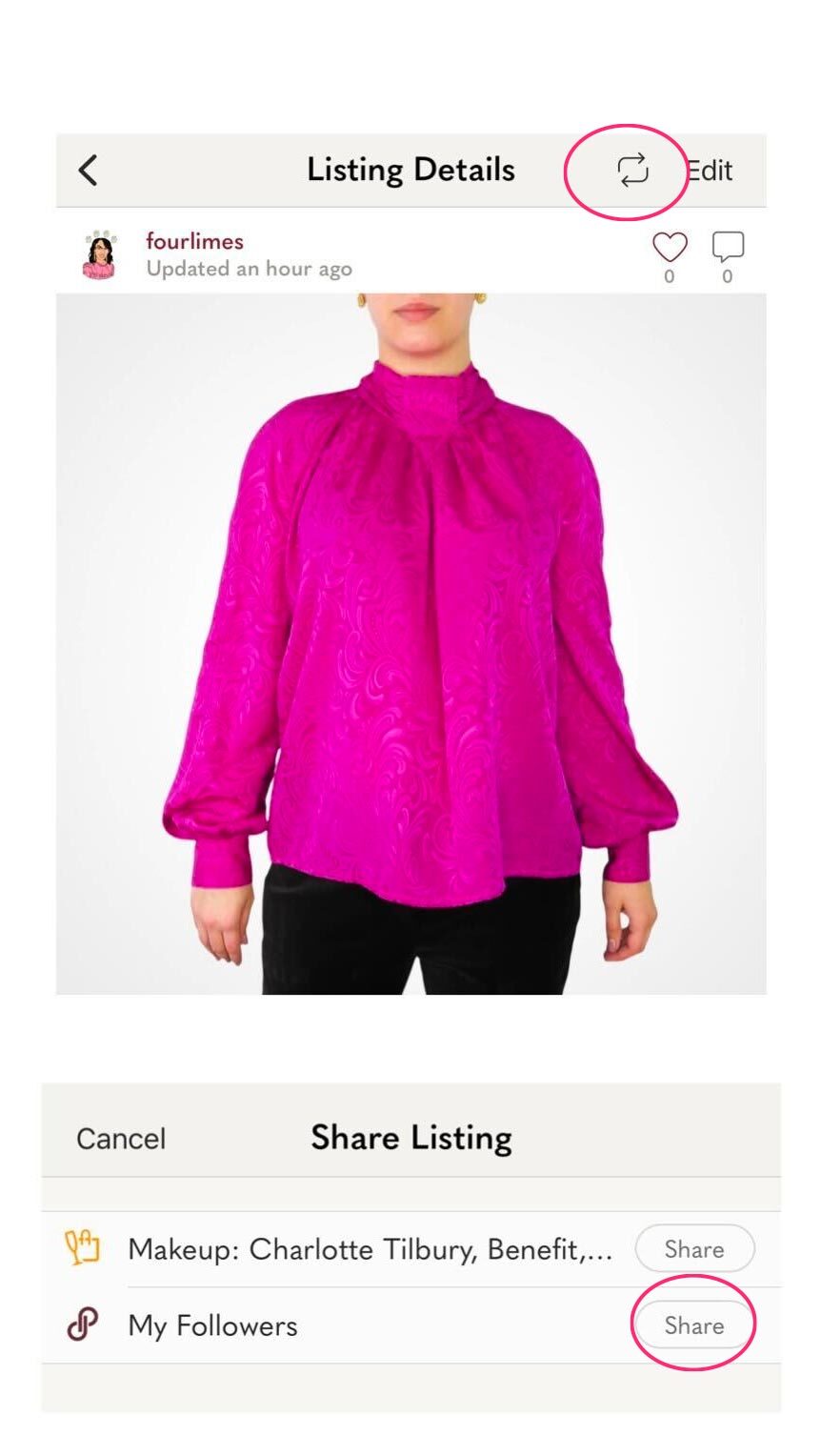 Sharing each listing manually takes a lot of time.

Whether you are sharing manually or using a bot, you must share your Poshmark closet to be a successful Poshmark seller.

Once I became more active in the reselling community on social media, I learned that I was the only large scale reseller I know pressing buttons all day long. Everyone else was using bots to automate these activities (and making a lot more sales than I was because of it).

Of course, my sales increased dramatically when I started using automation software for self-sharing and making offers to likers.

What Are the Benefits of Using a Poshmark Bot?

Poshmark bots will save you time and make you more money, allowing you to spend time doing better things than pressing buttons all day. Bots allow for a wide range of tasks that are designed to maximize exposure and promote sales.

Once you start using one, you will instantly see the benefit.

Because bots are so common, most large volume resellers have bots sharing their listings day and night. Bots provide a major advantage in terms of searchability and exposure. The truth is- if you’re not using one, you have a major disadvantage selling on Poshmark.

No - Poshmark Bots and automation software are considered third-party applications and are prohibited in Poshmark’s terms of service.

Bots are not allowed on Poshmark, but they are widely used among resellers and top-sellers on the app. I truly do not know a high volume reseller that is not using a Poshmark bot. Everyone uses  them, and most are very vocal about their use: browsing the Instagram accounts of most well-known Poshmark sellers makes it clear that they are affiliated with or using Poshmark Bots, and they regularly post about them. Poshmark sees this, but they’re not doing anything about it at this time.

Why not? Well, probably because (1) bots allow Poshmark sellers to make more money and thus make Poshmark more money and (2) Poshmark sellers will not stop using them: no one has time to spend hours a day clicking buttons. Having used a bot for a bit now, it seems absolutely absurd how much time and money I spent on manual activity before I discovered Poshmark bots.

Truthfully, using a bot has increased my revenue so astronomically that it is entirely worth the risk.

The bottom line is that Poshmark bots are not allowed, and you should use them wisely and at your own risk.

Will I Get Banned for Using a Poshmark Bot?

I don’t think so - It appears as though Poshmark does not enforce the rule, but they also reserve the right to, so that might not be the case forever.

In 8 years of selling on Poshmark and networking with and mentoring  Poshmark sellers all around the country, I have never heard of a single user banned from Poshmark for using bots.

Poshmark does however have limitations in place to limit automated activity. If you share too much, too fast, you will be temporarily blocked from sharing (we call this “share jail”). Poshmark has limitations and restrictions in places to limit excessive activity, but they are relatively hard to reach (it is estimated that you might be sent to “share jail” somewhere between 9.5k and 12k shares within a 24 hour period).

Use Poshmark bots wisely. Do not program it to do a ridiculously excessive amount of activity at a speed that is not humanly possible.

For best results, be conservative in the way that you program the bot, choosing a volume and speed of activity that is reasonable and human-like. The idea behind a bot is to trick Poshmark into thinking that you are doing the activity yourself.

We probably aren’t fooling the Poshmark tech team, but you can avoid “flagging” your account or having restrictions imposed by programming moderate and realistic activity.

You Might Also Be Interested In the Article: 8 Reseller Tips from an Expert - To Succeed Selling Online

People love to capitalize on fear. While bots are becoming more normalized and widely discussed, it was not always like that.

Poshmark bots and automation used to be really taboo. Fear and misinformation breed in reseller facebook groups, and others will have you convinced that you’re a terrible rule-breaker and going to be banned for using bots.

Clever but deceptive individuals have capitalized on irrational fears, by offering “virtual assistant services” that promise manual activity- appealing to those who do not wish to press buttons for hours daily, but don’t want to get in trouble with Poshmark. A large number of virtual assistants are simply using bots to share closets, but charging their clients significantly more than the cost of the bot that they run (instead of performing manual activity). Not every Poshmark VA is a scammer, but many notable ones have been caught taking advantage of sellers under this scheme. Exercise extreme caution when using virtual assistants and providing anyone with your account credentials.

What is the Best Poshmark Bot?

PosherVA is the best Poshmark automation service on the market, and I have tried them all. The ease of use, reliability, services offered, customer service, and price are incomparable.

Is Posher VA Worth It?

Yes, PosherVA is amazing. The proof is in the numbers. Check out my Poshmark Closet Insights for 2021: 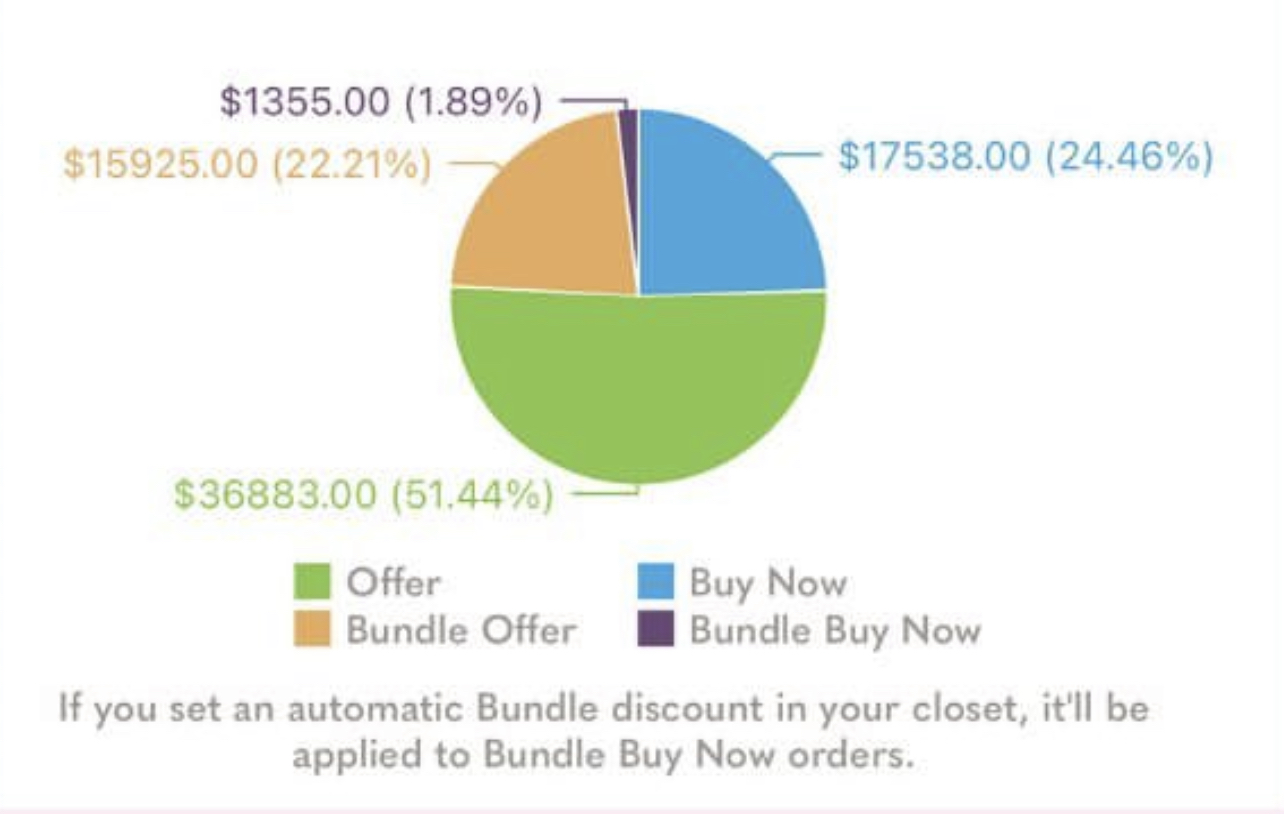 Posher VA is responsible for this. I schedule daily shares at optimal times, that I am constantly adjusting based on activity to optimize my activity and exposure:

The green section is purchases made via offers to likers (all of mine are programmed through PosherVA’s offer watcher, which sends an offer (usually I do 15%-20% to likers 4 minutes after the like).

The blue section is purchases made via “buy it now,” outright full-price sales. A majority of these happen during Closet Clearout Days. During these special promotion days, Poshmark offers reduced shipping (at their own expense) on orders when sellers drop prices by at least 10%. Poshmark also sends an enticing notification to likers. So, I use  PosherVA’s bulk price dropping tool to drop my prices by 10% with one click, which accounts for much of the blue section above.

PoshmarkVA offers a two week free trial with no credit card required! Try it here, and thank us later!

Do you use automation software on Poshmark? Share your experience below.

A Reseller’s Guide to Bargains and Buyouts

A Reseller’s guide to finding inventory in bulk, negotiating bargains and buyouts to flip items for a profit online. 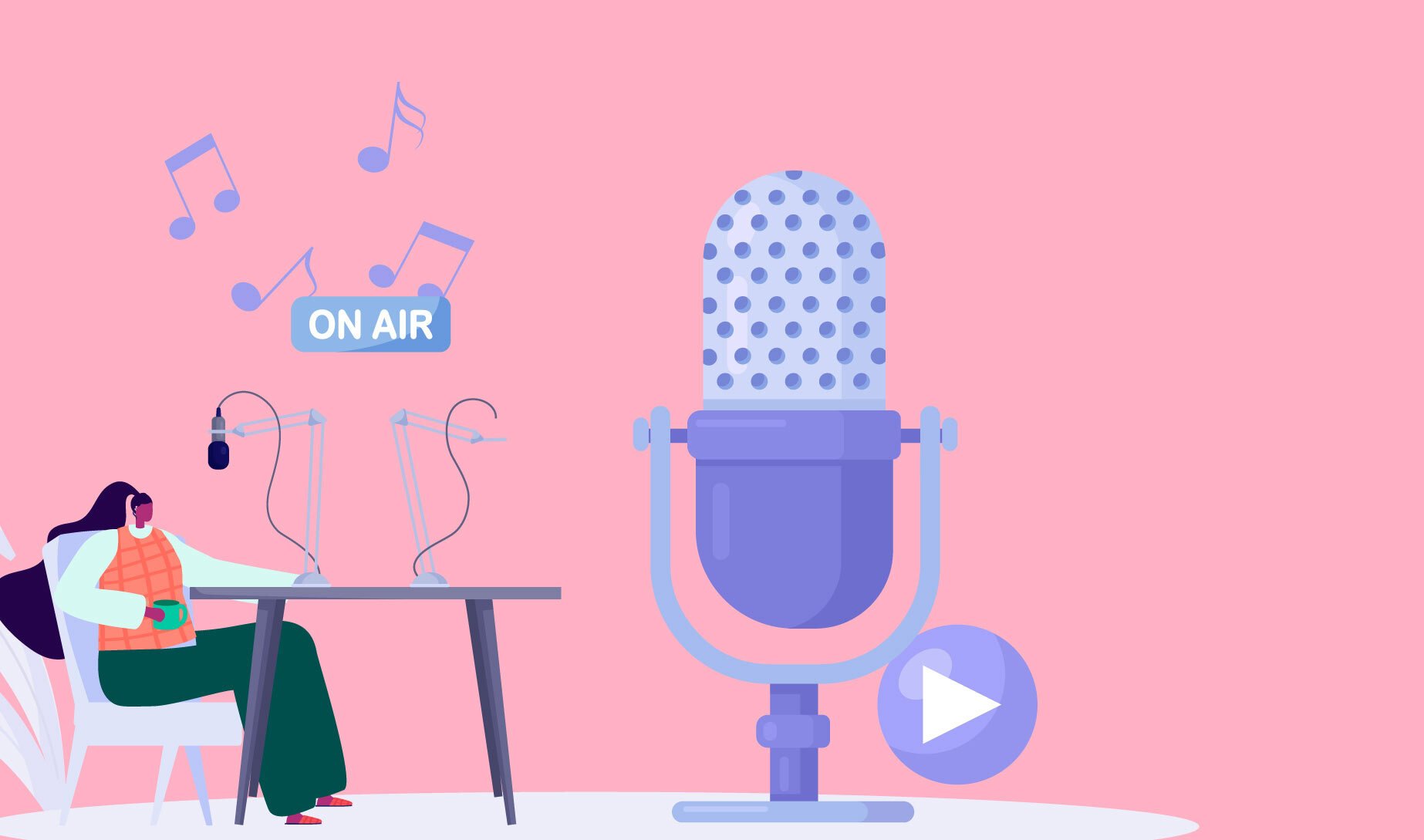 Look no further! We've compiled a list of our favorite podcasts to help you learn more about the reselling industry and ... 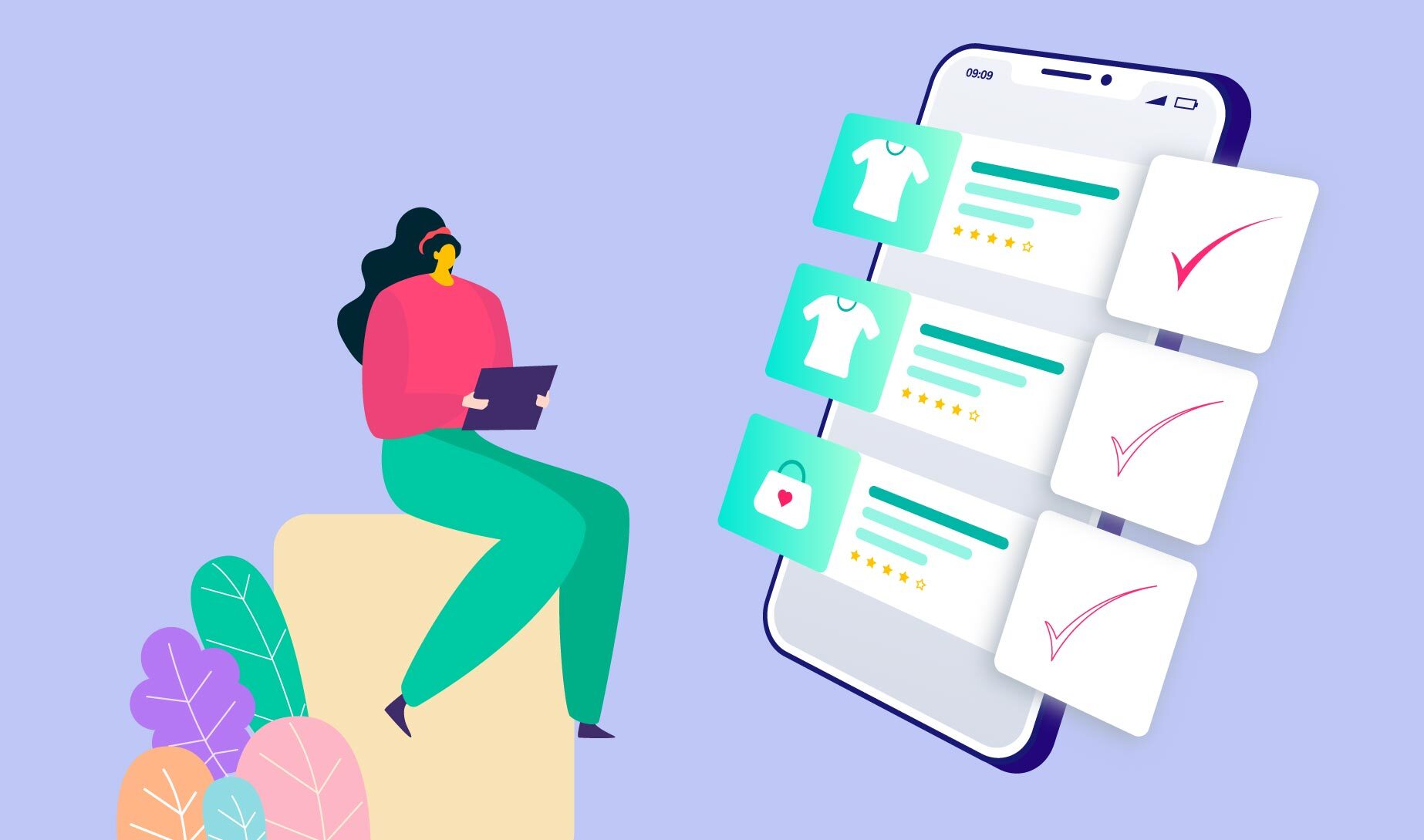 How to Delist/Relist On Multiple Marketplaces with Vendoo